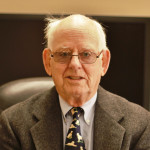 Dave graduated from Princeton University with a Bachelor of Arts in Architecture, then served in the Navy for two years. In 1964, he began his career at SC&A in Estimating and Operations, became a partner in 1970 and sole owner in 1978. Dave is still involved in business development and currently serves as Chairman of the Board. His community associations include the Chadds Ford Historical Society as well as the National Christmas Center in Lancaster. He spends all of his free time with his wife and dogs relaxing at his home on the Sassafras, with visits from his nine grandchildren. 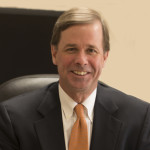 Tom graduated from Washington and Lee University with a Bachelor of Science with Special Attainments in Commerce in 1984. That same year, he started with SC&A as a Project Manager, progressed to Chief Estimator in 1989, Vice President in 1995 and is currently President of the firm. Tom, also a partner in the firm, is responsible for leadership of the officer team, the operations team and maintaining customer and vendor relationships. Tom also serves as the Chief Estimator and heads up Pre-Construction services. Much of Tom’s free time is spent at the Wilmington Music School where he served as Board President for four years, as Chairman of the organization’s Capital Campaign for several years, and currently serves on various committees for the Organization. Tom also volunteers his time to Delaware Hospice and several other local organizations when asked. 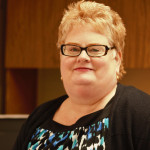 Tammy, a graduate of Gettysburg College, began her career with SC&A in 1986 as an Assistant Controller. In 1992, she was promoted to Controller and in late 1998, Vice President of Finance where she is responsible for the financial operations for the company as well as its computer systems. Tammy currently serves on the Board of Directors of SC&A as the Corporate Treasurer and Secretary. She spends much of her free time reading, walking/hiking and broadening her professional experience through continuing education.